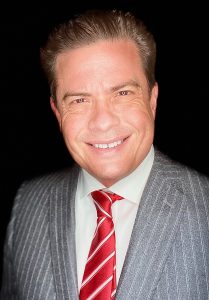 If you or a loved one has experienced physiological trauma resulting from negligence or carelessness of another party, then you may be eligible for compensation. Alex R. Hernandez Jr. offers experienced legal representation that improves your chances of getting just and fair settlement for trauma induced physiological disorders.

Trauma from a catastrophic injury can result in physiological disorders that may only become apparent with time. These can manifest as psychological issues in the form of emotional and mental stress that can be equally detrimental to health and quality of life as a physical injury.

Our personal injury attorneys are take mental disorders into account when preparing a case for clients.

Post-traumatic stress disorder, also known as PTSD, is a condition in which the subjects often relive the stressful and traumatic experiences that have left them mentally disturbed.

Depressive disorders are characterized by major depression that can be triggered by even one trauma-causing incident.

Dissociative disorders manifest as disrupted memory and changes in personality that can be construed as attempts by an individual to dissociate from a disturbing event.

Acute stress reactions are a state characterized by the subject going into a daze as a result of the trauma suffered during an event. The sympathetic nervous system suffers a setback during such an event.

Delusions and hallucinations are often an outcome of trauma.

Let us chart a course most likely to obtain compensation for you.